Phew! Some of us would have been in need of Ash Wednesday and Lent, the beginning of fasting!

At the excellent “Pancake Day” at John and Janet’s home, we all tucked into crêpe after crêpe, anxious to see to it that, as was the old custom, all the yummy food in the house was eaten up; then, when the sun came up on Ash Wednesday we would each get serious and give up lots of foods. For quite a few days. Really Not. 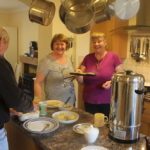 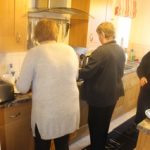 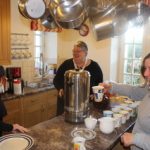 But still the crêpes flew, always finding an eager-sounding “Well, I seem to have finished that one, so, yes, happy to help you out and eat the one you need a taker for!” or else “Ah! Just let me use that little one to try out this other topping everyone likes!”. Or an overly-concerned “No. I couldn’t. I shouldn’t really. Might not one of the others like it? Ah, OK, yes, that’s my plate!”

It seemed that several of our dedicated ladies whizzed from kitchen to table for ages, with yet another pile of flat golden goodies soon to be clad in jams, sauces, cream, fruits and the like, while those in charge of the crêpe factory managed to keep chat going while dealing them like a pack of cards. Ace effort, team! 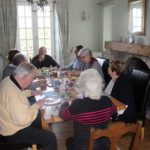 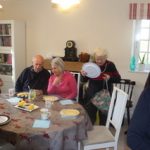 Was it just our table that became quieter and quieter as the needle crept up to “Full” and then towards “Full-to-Popping”? Talk of lunch and, eventually, any mention of food faded as sugar rush and coffee etc took effect. On our table the gents were crusted at one end and talk at that end turned to what to do with new presidents and, at the other end of the same table, to what to do with our end of the table. Contentment all round.

As usual, John and Janet did us all very well and we thank them and all those who joined in and helped all round – again – and made for such an enjoyable get-together. So, make a note for 2018, friends, in 249 days, it’s Tuesday the 18th of February.

One hundred and eighty!

The Anglophones gathered at Les Unelles, bearing delicious savoury or sweet dishes for everyone to enjoy. 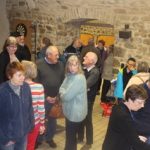 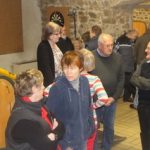 The table fairly groaned under the amount of food on offer. 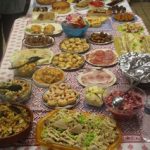 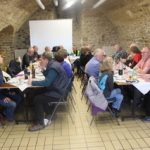 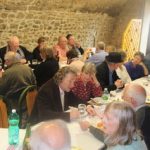 It was a multicultural gathering with individuals from Belgium,France and Germany, interested to see what the very English game of darts is about. After everyone was replete, John  read out the partnerships for Darts, and the tournament began.  It was not exactly a world darts championship, and there were no Glen Darrants or Eric Bristows present.  However, nearly everyone had a go and enjoyed themselves, even when the dart they were throwing, decided the surround, rather than the board was the place to be. 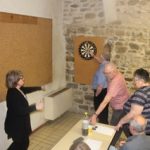 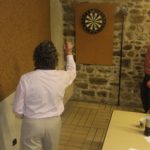 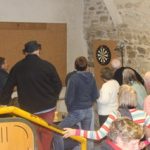 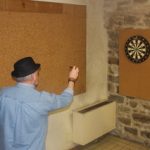 The tournament was won by Kay and Sharon. 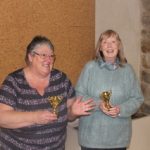 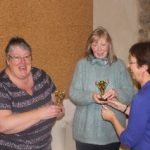 There was also a quiz, thanks to David, to give our little grey cells a work out, in addition to exercising our dart throwing arms. The joint winners of this were Alexander, Beate, Sharon and Alan. 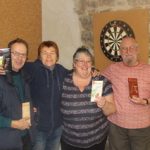 In January, the craft club attendees met at the lovely country house of Danièle & Jean-Pierre near the seaside (Montmartin sur Mer).
Although outside the temperatures were freezing, the sun did his utmost to provide a spring like feeling.
It was fantastic to enjoy the warmth of the sun while discussing the allocation of the different tasks for the making of the Anglophone banner. The 8 ladies present forwarded all their experience and knowledge to the group.
Sharon will devise a list and mail to everyone their chosen subjects, so that they can bring their own designed piece of craft art to the next meeting.
The 3 male escorts wisely settled themselves on the sofa while exchanging their travel stories, meanwhile the ladies were sweating over the banner, without forgetting the humorist notes which always ended in a lot of laughing and giggling.
At the next rendez-vous, the men will have their own games-room ( they secretly hope for a bar, ha ha). 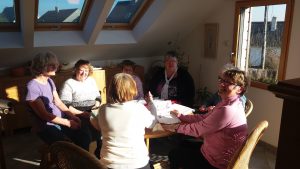 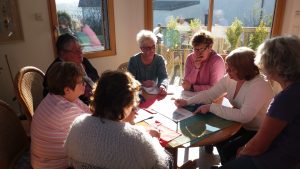 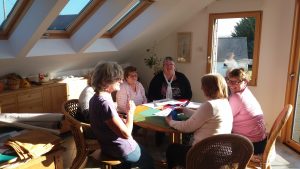 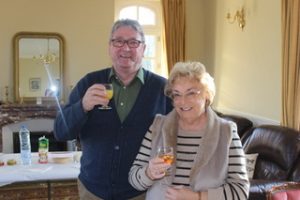 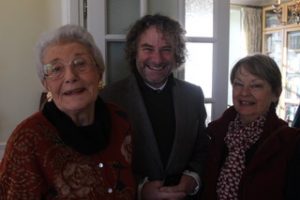 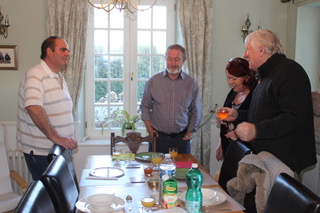 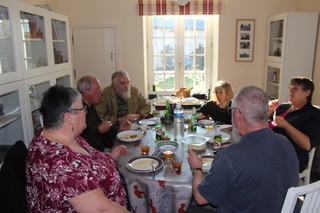 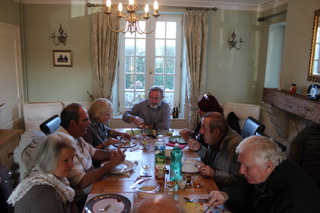 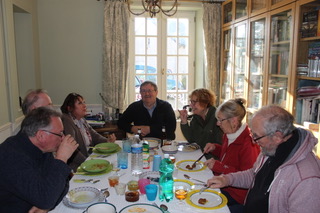 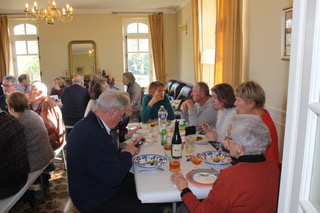 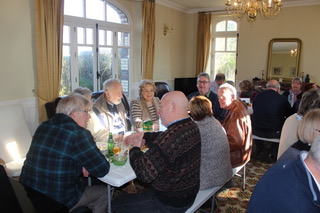 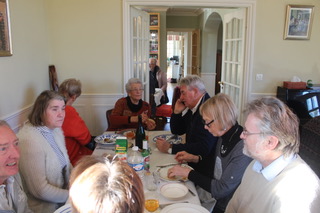