It was a really sharp frost on Thursday morning and the first coffee at Le Poulailler was especially welcome, mainly for thawing the hands as much as anything else. Well before 10.00 our friendly host was busy preparing drinks for the growing hubbub of members meeting before the AGM. The small viennoiseries were particularly sweet and started disappearing fast. 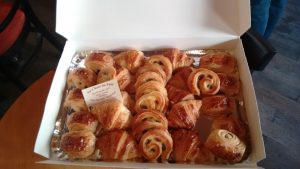 Local visitors to the bar looked on in bemusement as this group of English speaking coffee drinkers grew and got louder. 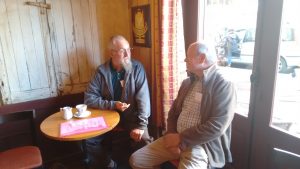 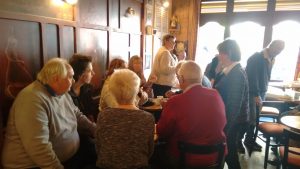 The hubbub grew to more than thirty, including members joining for the first time, before we eventually moved on. Fortunately the walk to the meeting at Les Unelles was short and without the arrival of rain.

On arrival the exciting business of the day was soon under way with a new member of the Committee voted in, a charity selected, a hamper won and parting gifts presented to Kenza, who somehow has managed to escape the Committee. We will miss her language skills. A very warm “Thank You” was also said to Mike in his absence for his long duty as editor. It was a pity he could not hear the round of applause. 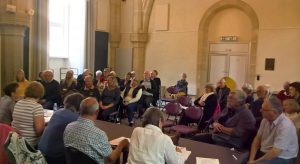 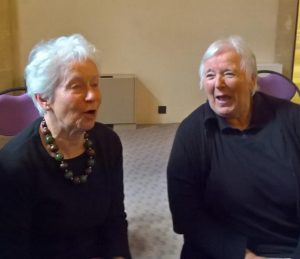 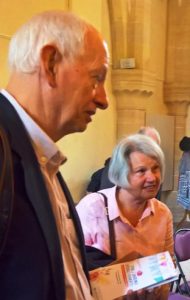 After the meeting members stayed chatting for some time before the even shorter trip down the hill to La Crêperie de Sophie where we tried to see how many people you can fit into a small triangular room. Surprisingly the answer was twenty. 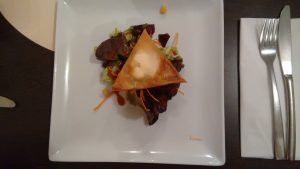 Photos and write up courtesy of members