Skip to content
On a warm but cloudy Friday nine members made their way (despite the petrol crisis)
to Granville and the harbour and we enjoyed a varied and leisurely lunch at Le Borsalino, where the conversation flowed
around a variety of subjects. 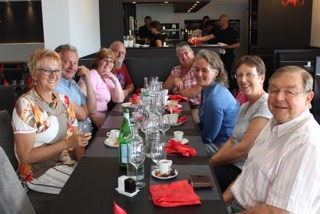 We then headed for La Ferme de l’Hermitière, just outside Granville at Saint-Jean-des-
Champs. Four more members and guests joined us and, as we waited in the by now
lovely, warm sunshine for the tour to begin, we admired the lovely setting of the
farmhouse and gardens.
The tour began with a video (in English!) explaining all about the process of cider-
making, from the care of the apple trees to ensure the best possible crop through to
collecting the fruit, pressing it, and the processes and timescales to make apple
juice, sweet cider, medium and dry cider, pommeau, calvados, and confit de cidre.
One of the ways they ensure as many blossoms on the apple trees are fertilized as
possible is by keeping beehives in the apple orchards.
After the video, our guide (M Coulombier) took us around the site where we saw the
mixture of both traditional and modern machinery and methods which have been
combined together to produce the best quality apple drinks. 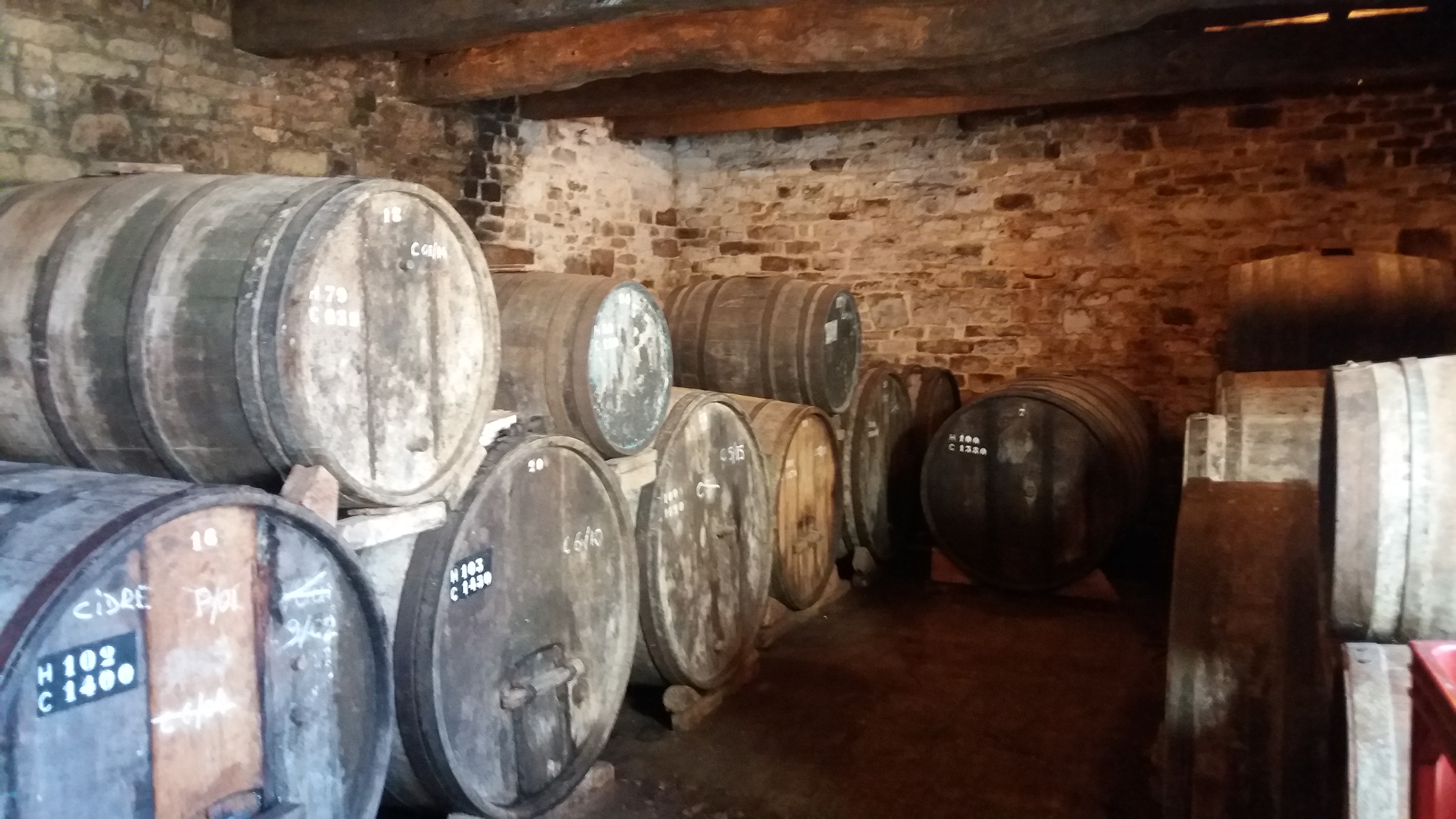 We saw the casks (some of which are more than 100 years old) which store the calvados as it matures
and we learnt that, every so often they stop using a cask for Calvados and store
cider in there so that the tannin, which is essential for the Calvados, can be replaced
in the fabric of the barrel. 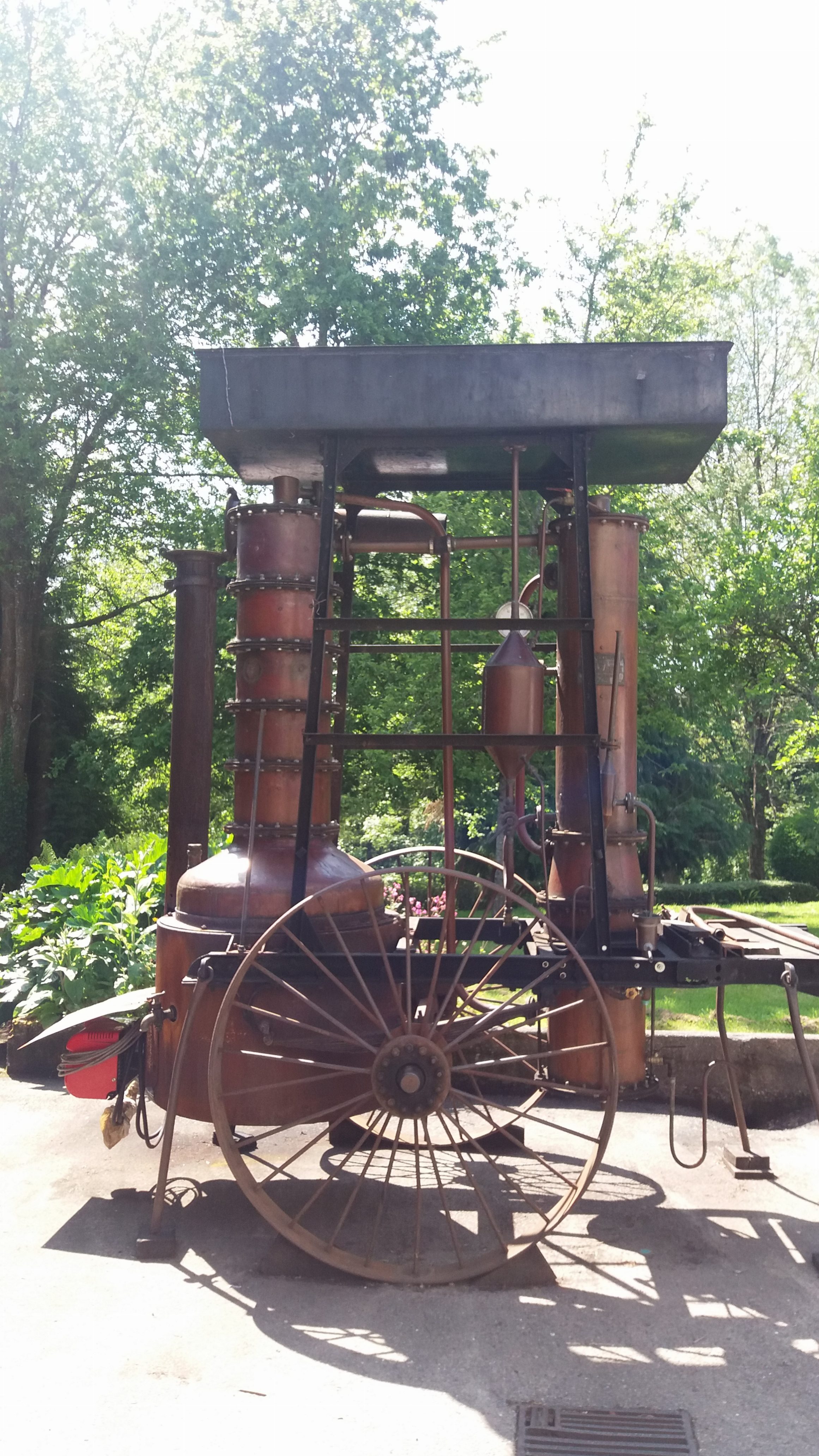 The old distilling machine is still used today but has been adapted with a little bit of modern technology to produce the heat to make it cleaner
and more efficient.
They bottle and label the drinks on the premises using as many recycled (returned) bottles as possible.
We also learnt that it was the Spanish who first produced cider and it wasn’t until the 15th century that the French, who enjoyed the Spanish cider very much, imported the cider apple trees from Spain to Normandie and set up their own production.
M. Coulombier and his family have run the farm for six generations and just 4 people work on the farm and bottle thousands of litres of cider, calvados, pommeau and apple juice every year.
There is a museum on site as well showing some of the implements and tools used on the farm (dairy and cider farming) over the years. 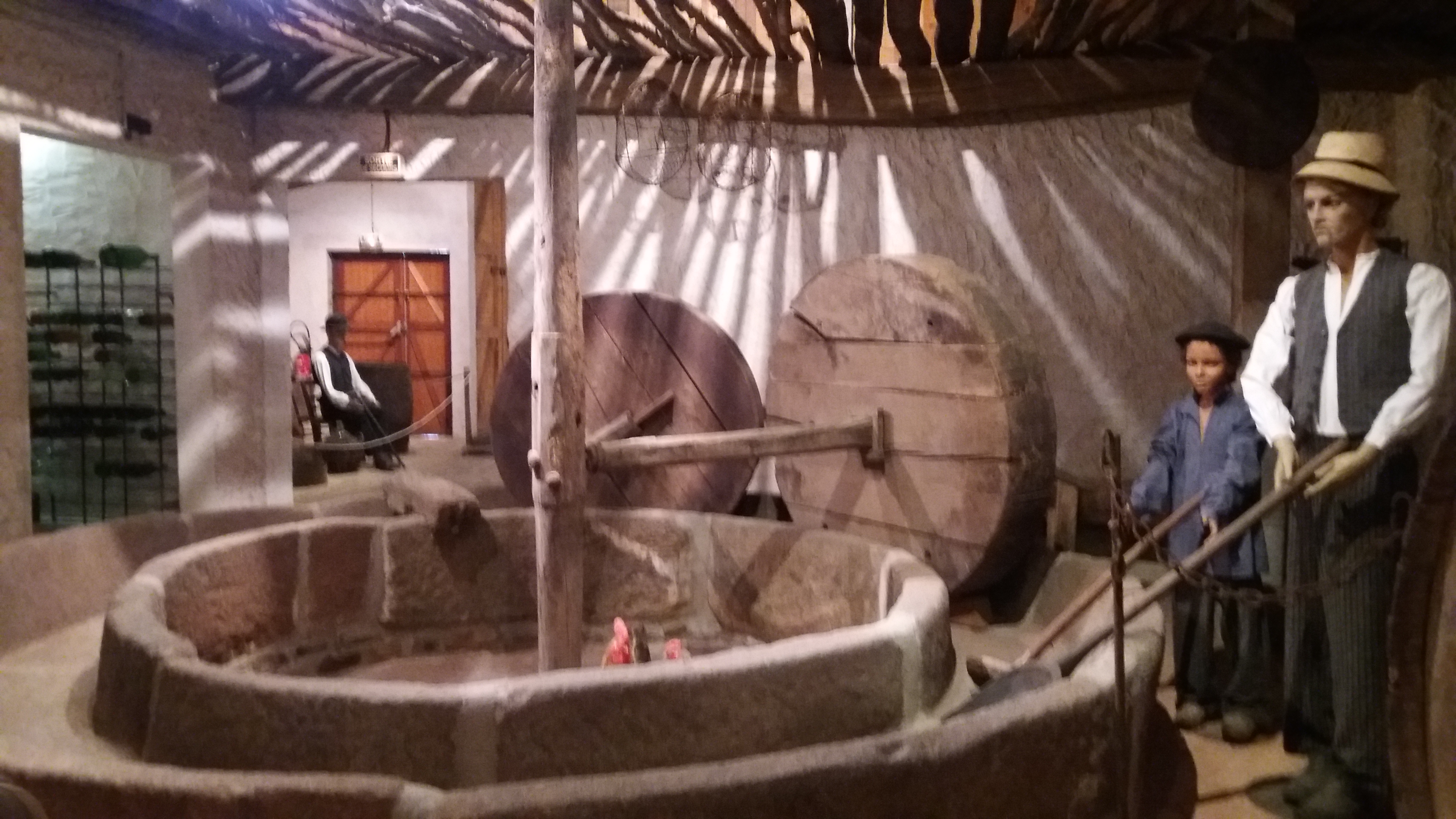 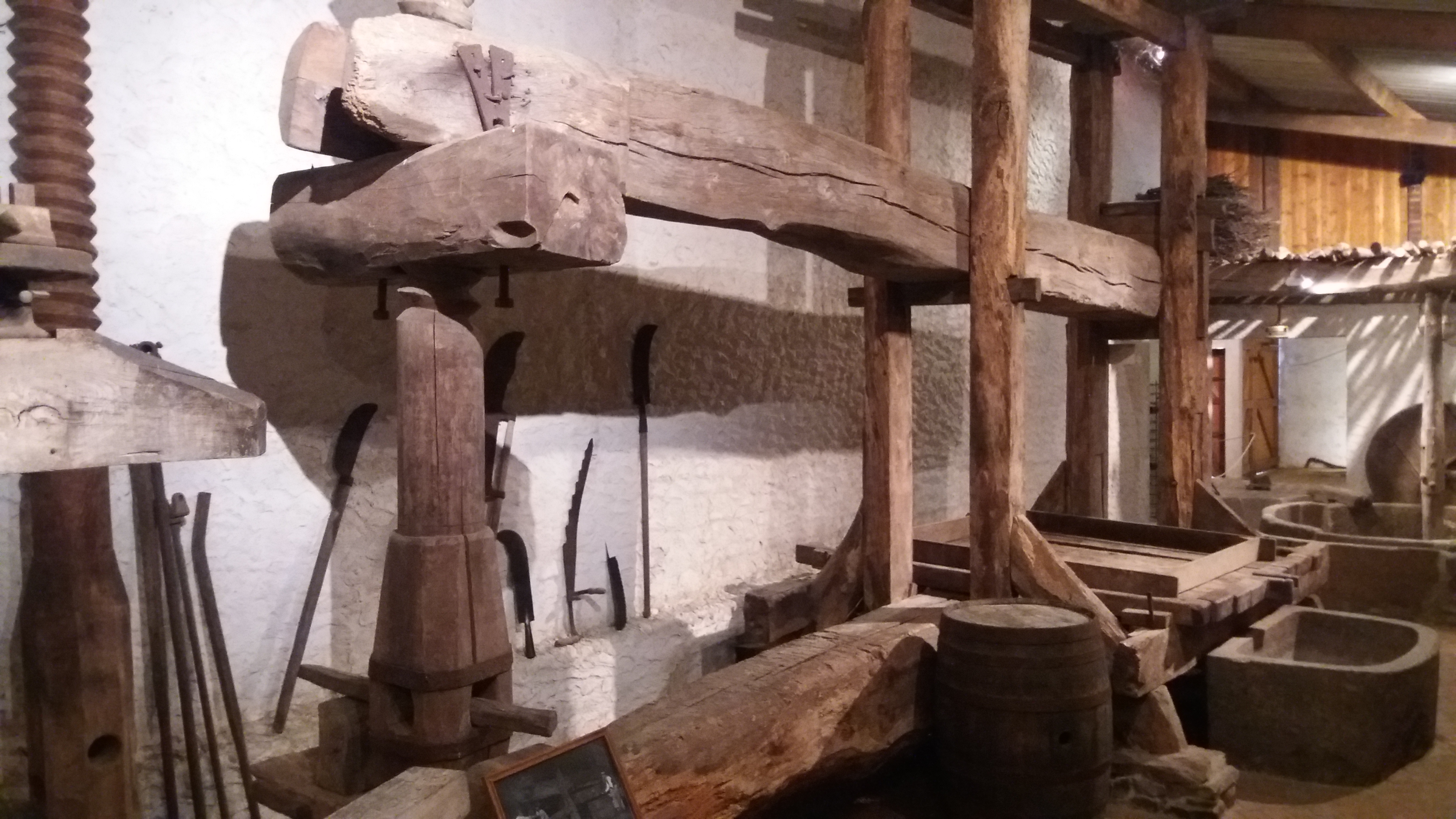 The tour finished in the shop where you can sample any of the drinks and purchase your favourites – along with honey produced from the beehives kept in the apple orchards, and a few other locally produced edibles – to take home with you.
Write up and pictures provided by members of the Anglophone Association.