On a lovely sunny afternoon (following a couple of rainy days) Garth and Linda  sat outside le Parvis in Coutances enjoying a cold drink whilst waiting for cars and their passengers to collect the clues to the car treasure hunt. 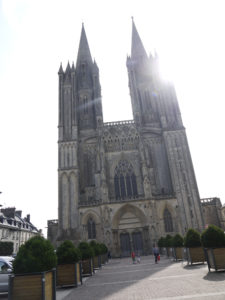 Eight teams entered and we all set off at 5 minute intervals. The answer to the first clue could be found on the outside of the Cathedral in Coutances. Answer no. 2 was inside the Cathedral and, unfortunately, a service started at 2 o’clock which meant
we couldn’t wander round inside searching. So clue 2 was cancelled and the cars then departed on the mystery tour!
We travelled far and wide, got lost a few times, met up with other teams at difficult clues, visited Quettreville, 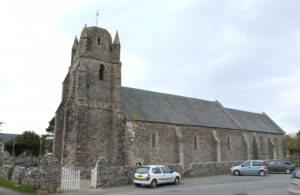 Mont Martin Sur Mer, Regneville-Sur-Mer, and everywhere in between!

Some of the clues were found relatively easily, some were misunderstood as directions and ignored (points lost for 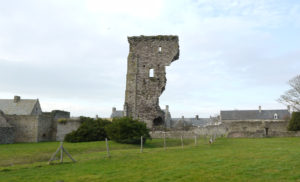 general stupidity!) and others really tested the little brain cells and made us use our eyes to see things you wouldn’t normally look at.

We finally found Garth and Linda in a cafe next to the beach at Hauteville-sur-mer where we all discussed how clever/stupid we had been when we found out the answers over a very pleasant drink in the sunshine.

All in all a great afternoon and many thanks to Linda and Garth for all their hard work in creating the treasure hunt.
It was won by Anne Piper and Karen Longden who were amazed that they won as they had thought they were aiming for last place!!