We were greeted at Le Tourne-Bride in Gratot with a roaring fire and an aperitif, both of which were very welcoming – as the weather most certainly was not! 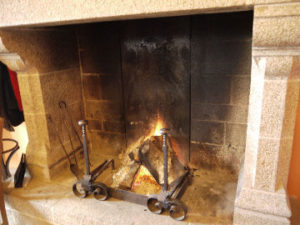 There were 22 of us including 5 people from the Coutances Twinning Association whom we had met with the week before.

Our starter was a delicious, creamy salmon escalope which was followed by a very tasty Roast Duck and a lovely Bûche de Noël to finish off.

In between courses we played “Heads andTails” with much amusement and hilarity – not least from trying to translate the rules into French! 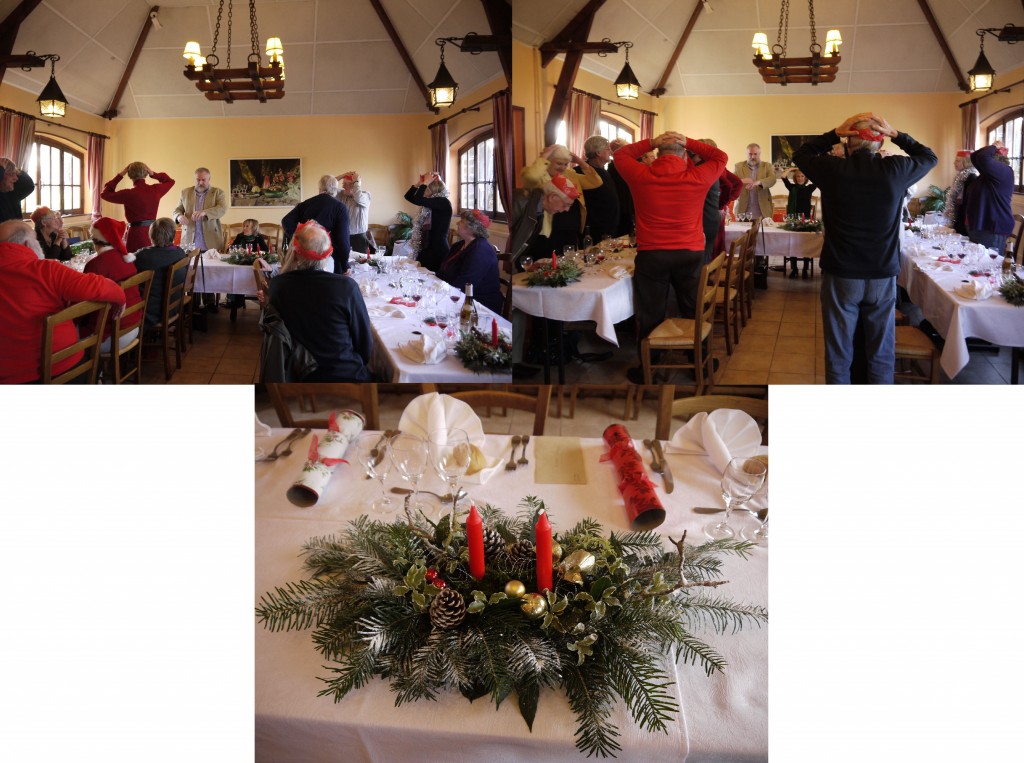 Our winners each won one of the beautiful table decorations – once again made and donated by Annette Leblanc.

We also handed out certificates in several categories including Most like Santa and Mrs Santa, and the Most Sparkly outfit.

As usual, we had a couple of fundraising activities for our sponsored charity – CSF Basse Normandie.

We had a lovely Treasure Map with many well-known (and not so well-known!) Towns around France and had several prizes for this. 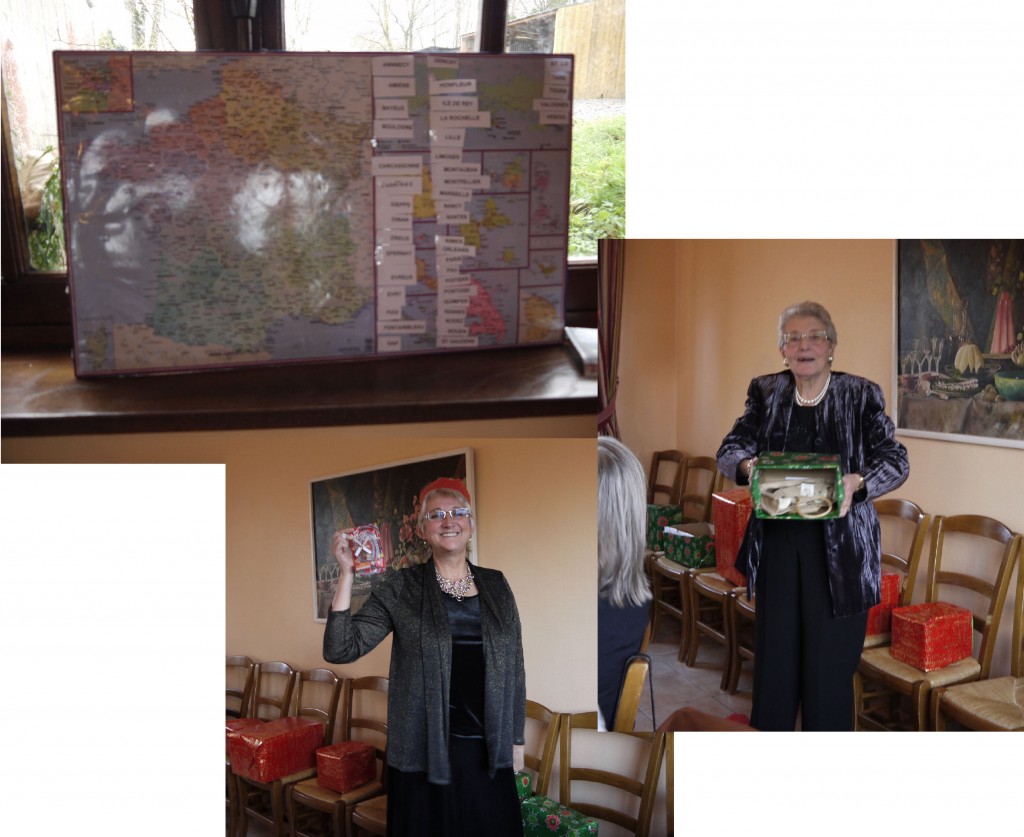 The remaining two table decorations were auctioned off to add to the funds to give us a final total of €92 for the charity.
All in all a very enjoyable afternoon.