It was quite a bright September afternoon when we arrived at
Coutances Horticultural College to view the Dahlias.

Despite having lived very near Coutances for 11 years – and passed it’s signpost on numerous occasions – I had never before ventured into its grounds. What a large place! certainly the size of an average University campus. 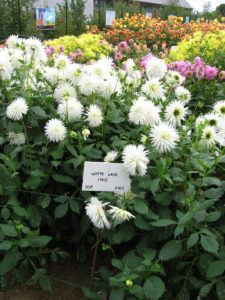 Good signposting pointed the way to the right area and it was such a colourful sight set before our eyes. A large variety of different types of Dahlia were in full bloom. 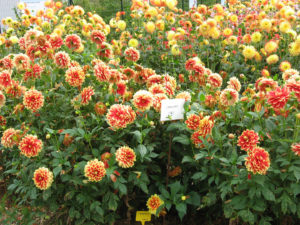 To help identify which type you may want to put in your garden, all had their names on labels. Take note though, they can’t be purchased until March next year! 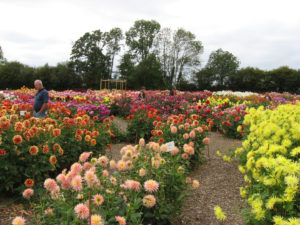 It was also a good opportunity to stroll
around other sections of the grounds as well as to buy some winter plants to provide interest during that often rather
drab season.