On Saturday September 14th Mike and Jean Battey opened their house and garden to a buffet lunch and our first (and maybe annual?) Petanque event!
Gazebos had been erected in the garden to cover the tables just in case but the weather decided to cooperate, and Mike and Jean’s plan B was unnecessary! 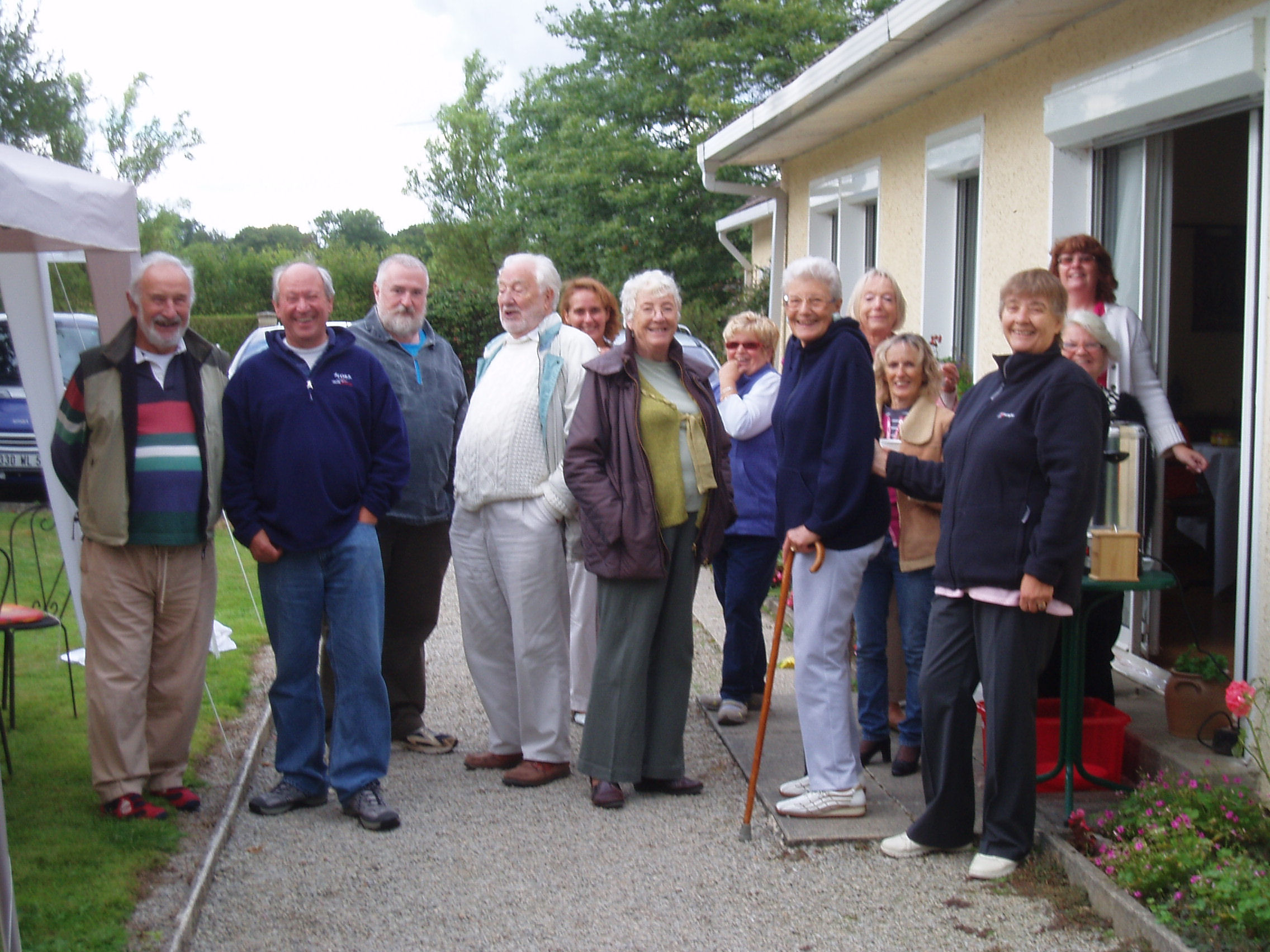 Jean had prepared a sumptuous buffet which we all tucked into, and the conversation, along with the cider and wine, flowed. The delicious desserts were supplied by Janet, with Karen contributing her wonderful meringues that went into the Eton Mess. There was even cheese for those who still had room!

Suitably fortified, the serious business of Pétanque began. It was a knockout competition 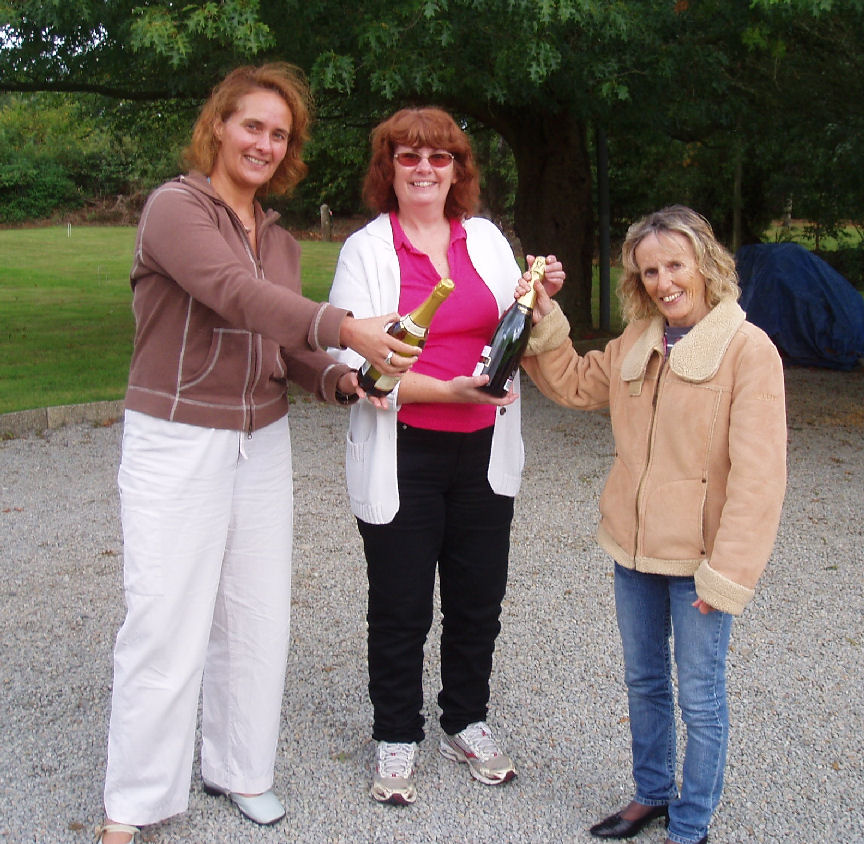 with 7 teams and three rounds. The close- fought competition produced laughter, frustration and light-hearted “ringer” accusations, but the final winners were Kenza and Karen (Kenza being the darkhorse expert!!).

To keep us occupied in between the tournament games, Mike had laid out a croquet course for us to try. Mike and Jean’s beautiful garden provided perfect surroundings for what was a lovely lunch and a fun afternoon.