Louise and David welcomed sixty-two members of the Anglophone Association to the Annual Fête nationale. 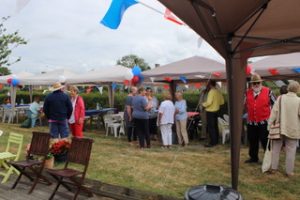 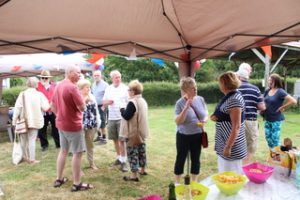 The weather was, once again, kind to us and we were able to enjoy a delightful buffet lunch sitting under the Normandy sunshine. 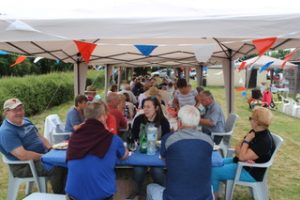 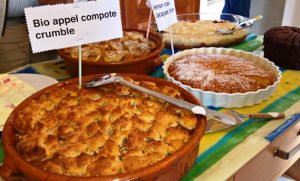 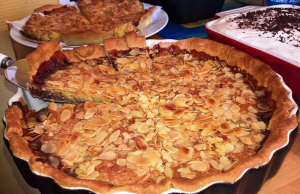 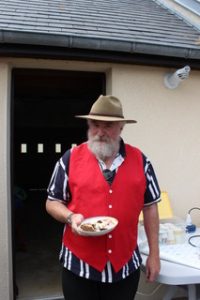 Many thanks to all the committee members who right royally provided such a feast.

The serious business of the day, The Boules and The Welly Wanging, then began. Almost everyone who attended the lunch took part in these events, and those who were not actually playing played their part by providing vocal support and encouragement to all competitors. 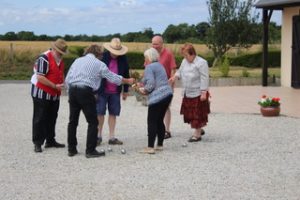 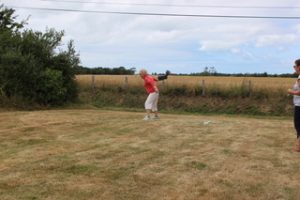 The hard fought Boules Competition was eventually won by Jerry and Peter. Jerry, of course, is the returning Champion and was partnered for the first time by Peter. 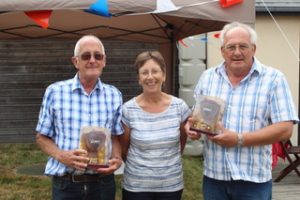 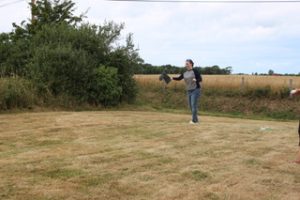 A raffle was held with the monies going to Parentibus, our nominated charity.
All winners were duly photographed with their prizes. 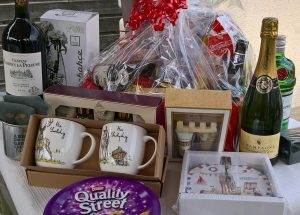 The Lucky Dip Bin, which was excellent value, proved to be a great success as it guaranteed not only one prize but two all for the sum of one euro.
Soon it was time for us to say thank you to our Committee for all their hard work and take our leave. Stevie proposed a Vote of Thanks to the Committee, seconded by everyone.